- 21 October
The latest chapter in Houses of Interest looks at Shropshire.

The first entry continues the theme of Charles II running away after the Battle of Worcester.

Boscobel House is located on the Monarch's Way a  615 mile walking route that is based upon the somewhat circuitous route Charles took when he fled to France after Worcester. It would be quite achievable to walk the 10 mile section from Boscobel to Northycote Farm, finishing at Moseley Old Hall in a day. 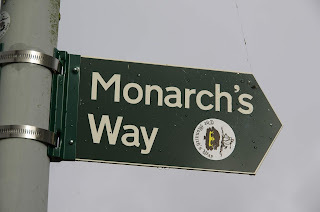 It is, somewhat saddening to note that the Royal Oak pub closest to the actual Royal Oak has such an underwhelming pub sign (a stylised oak leaf).

It was here in Boscobel Wood that Charles allegedly hid in an oak tree. Samuel Pepys publicised the story of the tree, and claimed that he was told the tale personally by Charles. The original oak had been pollarded; it takes quite a stretch of the imagination to make a pollarded tree into a hiding place for two men.

The original tree was felled by seventeenth and eighteenth century souvenir hunters; 'Son of Royal Oak' can be visited via a path from the House. 'Son' was severely damaged in a storm and so has a fence around it to protect the public. 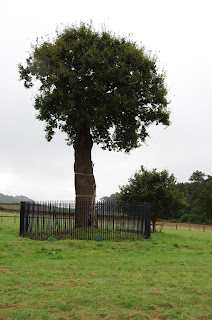 Boscobel was converted from a timber framed farmhouse into a grander affair in the 1630s. The rear of the property, a Victorian brick addition, is rather incongruously painted to resemble a timber framed building. 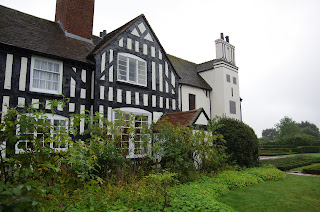 Owned by the Giffard family, the house was originally surrounded by woodland. The Giffards were Catholic recusants (who refused to participate in CofE worship) so there are a number of priest holes in the property. One of which was put to use by Charles. 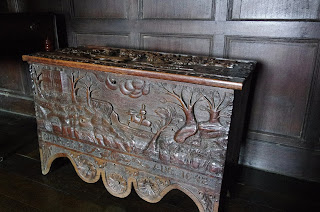 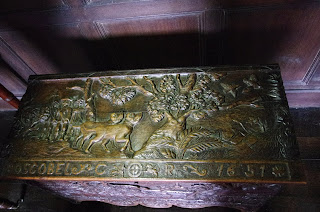 This box was carved from the original Royal Oak, and features scenes of Charles hiding from the Parliamentarian soldiers

What's there now?
Please be aware that Boscobel is closed on Mondays and Tuesdays. 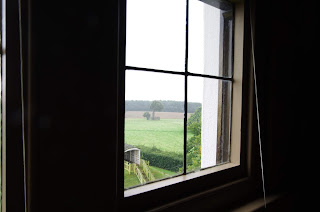 View from the first floor towards the Royal Oak. 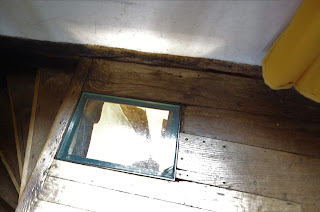 Boscobel is cared for by English Heritage, so as expected there is a gift shop and a rather good (independent) café. Certified Royal Oak saplings are available to purchase from the  shop: makes a change from pencils and rulers.

The main attractions are the oak, and the main downstairs room. Well presented with very helpful and knowledgeable volunteers.

If you are visiting Boscobel it is well worth combining with a trip to Moseley Old Hall.

* planted by Prince Charles on the 350th anniversary of the 'hiding'. If this is great-grandson, then grandson is located in the garden of Boscobel House.﻿