As it became apparent that the war would be a protracted affair Grey's troop leaves Sir William Balfour’s Regiment of Horse for service under Lord Grey in the Midlands. 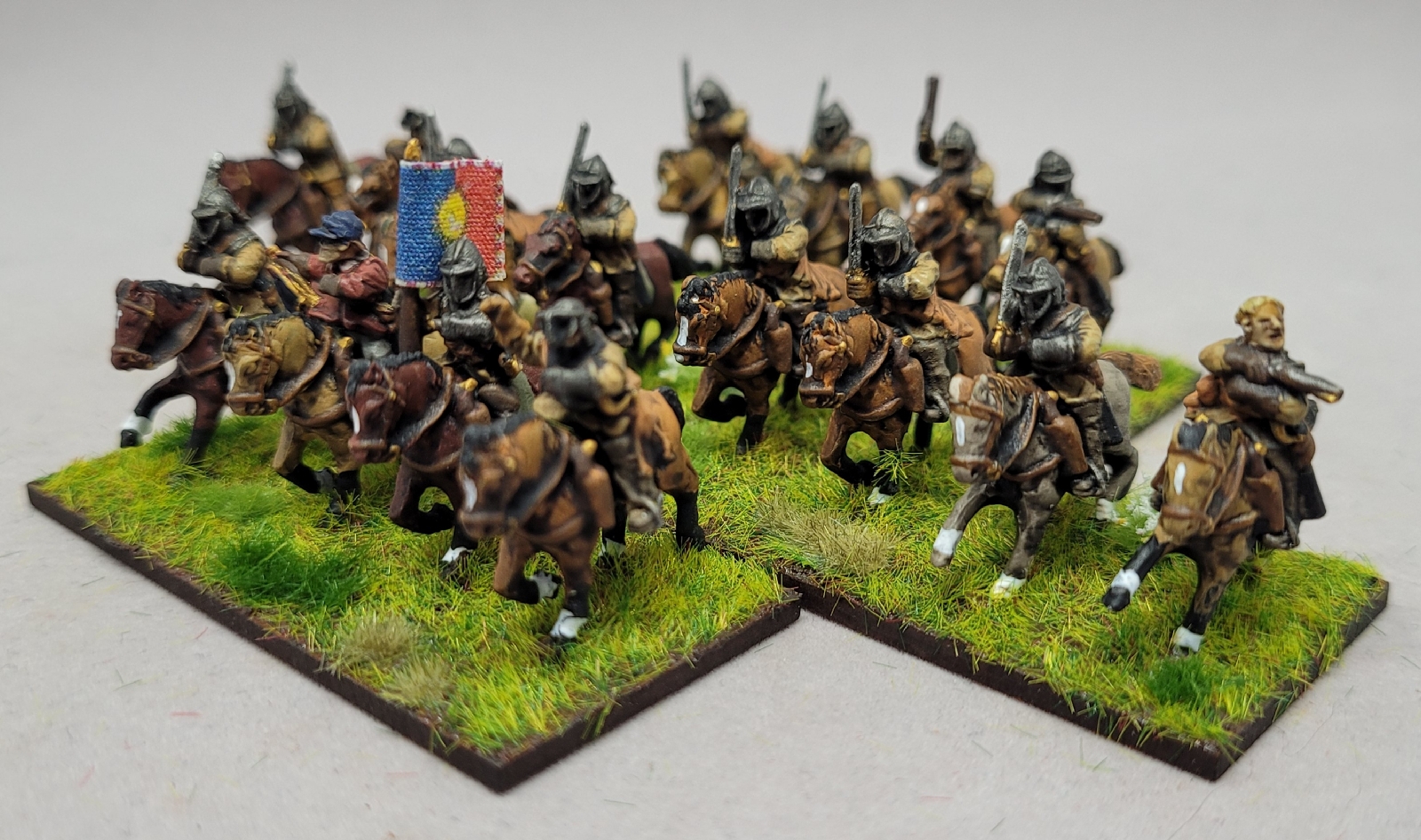 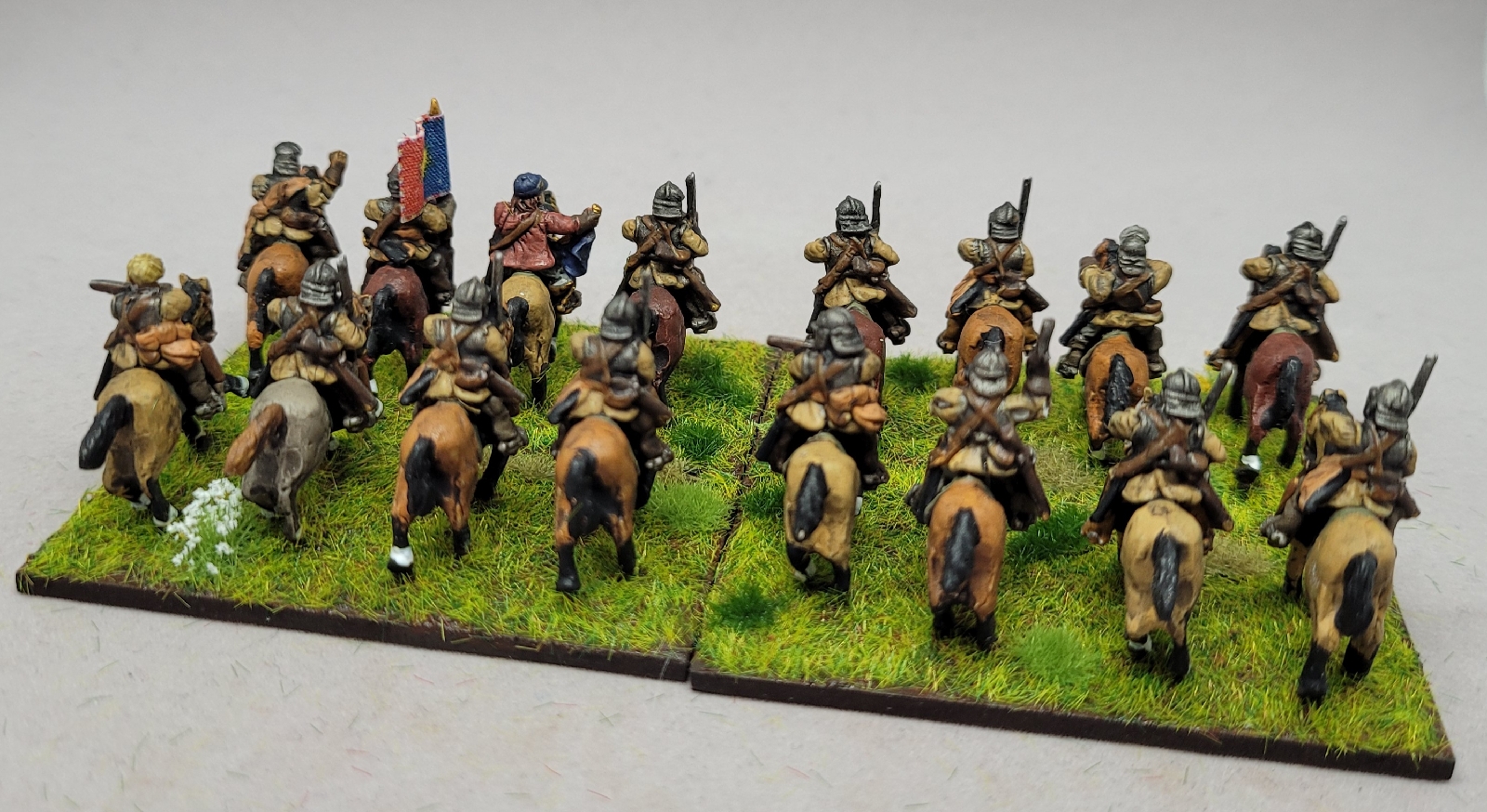 A handful of headswaps, and interestingly my randomisation of figures (aka throwing loads of figures in a pile and pulling out the correct number) has resulted in a sword heavy unit. I quite like it. Plus a mounted casualty figure. Cornet as always from Maverick Models.

If you enjoyed reading this, or any of the other posts, please consider supporting the blog.
Thanks