- 11 March
As I have little to no patience, I have decided to go the route of drilling hands out to take separate pikes, rather than waiting on the off chance that some open handed lowland pikes would join the range.

Drilling the hands out was horrible, the pikes are cast on to bodies, heads and legs (great for casting and stability of the model, but a beast to remove). 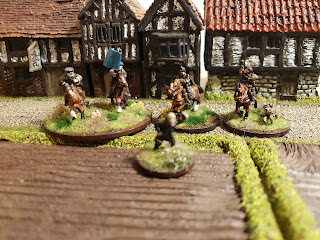 Completed, and salvaged Scots command - I was a bit heavy handed with the spray varnish.

It was time to put paint on pewter and get some Scots ready for the battlefield. With some suitably named paint colours from Foundry: arctic grey, granite, quagmire, moss, storm blue, drab, peaty brown, I was ready to start. 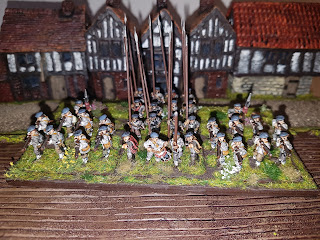 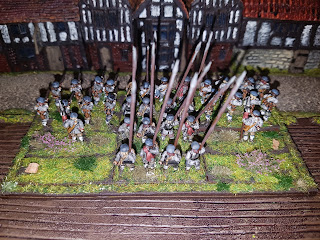 Quite like the laissez-faire attitude of the pikemen, some of those positions are not in the drill manual.

I decided that my lowlanders would all be wearing hodden grey - although I fancied a mix of greys rather than a uniform shade of grey. The arctic grey and granite are my hodden grey shades, look markedly different in the raw but once wash has been applied they look much closer in shade.

My halberdier conversion just gets better and better. As I happily splashed paint everywhere I realised that the item in his right hand, which I had assumed was a bag of some sort, appears to be a book. So it has become a Bible, which really fits quite well for somebody whose job is to encourage the rabble. 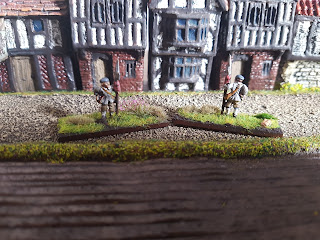 The command stands were also completed: this time I painted the armour metal with a black ink wash so this armour is quite silvery. 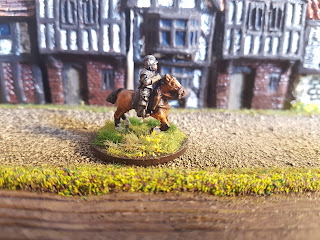 Need to chase up some standards, and drill out another 24 pikemen. This is the first of three Scots regiments.