- 24 August
The first entry in the Oxfordshire Houses of Interest post isn't a house, it's a castle.

Broughton Castle to be precise, home of Lord Saye and Sele. And what a castle! Broughton is a fourteenth century moated manor house. 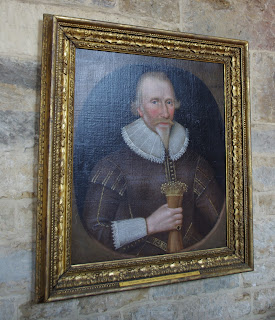 William Fiennes, the 8th Lord Saye and Sele, emerged as one of the leaders of the Puritan Parliamentary group in the 1630s who were opposed to the autocratic (and religious) behaviour of Charles I. He earned the nickname 'Old Subtlety' because of his meticulousness in outwitting the King's advisors. 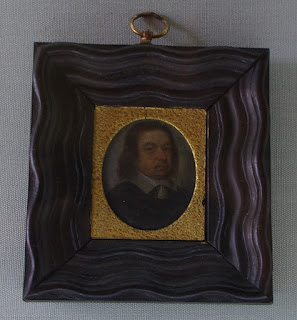 William was one of the founders of the Providence Island Company: the Company met frequently at the Castle - although those meetings were often a front for covert meetings of the opposition to Charles I. Attendees included John Hampden and John Pym (two of the 'birds' that famously flew the House of Commons); Lord Brooke; the Earl of Warwick; and Sir Henry Vane. 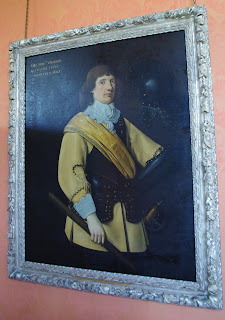 The ground floor is heaving with Civil War militaria... 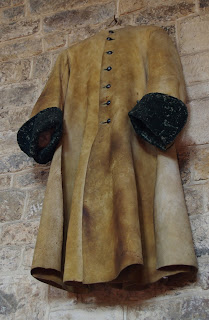 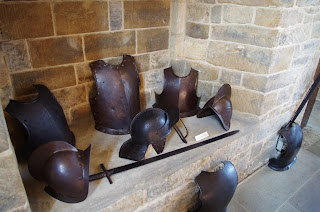 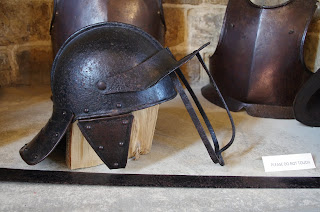 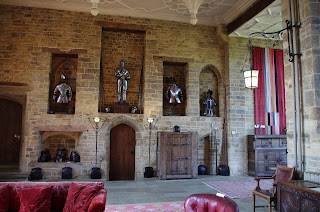 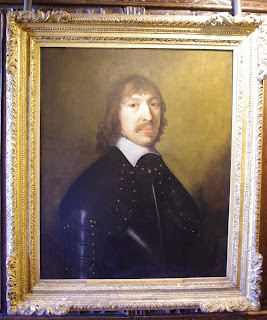 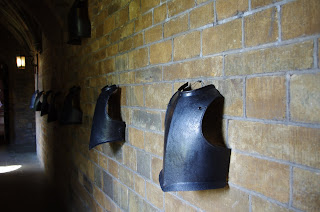 A corridor of cuirasses 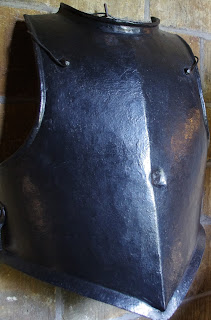 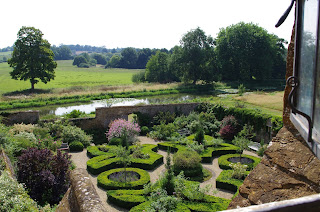 View of the walled garden from the first floor

There are a number of display cases in the Great Parlour on the first floor... 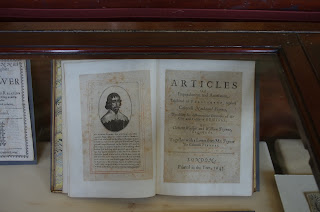 ...displaying a large number of original pamphlets documenting Lord Saye and Sele's speeches, as well as some significant other artefacts . 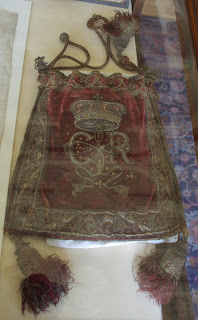 A Privy Seal Bag from the reign of Charles I 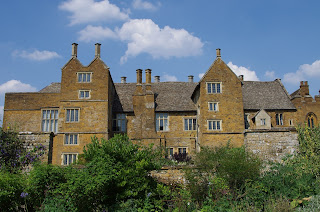 After the Battle of Edgehill, the Castle was besieged by Prince Rupert and occupied by Royalist forces for a short time. A rather curious* equestrian portrait of Rupert hangs in the Great Parlour.

Broughton has very limited opening times, as it is still a family residence. Check the website before visiting. Sadly, at the time I visited, the church (next door) had differing opening times and wasn't open on the days the Castle was open. The church houses the tomb of Lord Saye and Sele.

It is quite possible that the line in the nursery rhyme "Ride a Cock Horse To Banbury Cross" might have a reference to the Fiennes family of Broughton Castle - as the line "to see a fine lady" could actually be "to see a Fienne lady".
Our next entry is more of a 'for information only' entry, as access to the site is very limited indeed, sadly the battery can not be viewed from outside the property either. Cornbury Park was fortified in order to protect the approaches to Oxford. There is a very well preserved battery emplacement within the grounds. Cornbury Park does occasionally open its ground to the public for events, whether the site can be accessed during these events I know not. The Historic England listing can be found here, and a historical description (pdf download) can be found here.
Postcodes for SatNavs
Broughton Castle OX15 5EB
Cornbury Park, Charlbury, battery location OS Grid SP356182

* I'm being polite
If you enjoyed reading this, or any of the other posts, please consider supporting the blog.
Thanks.
ECW Travelogue Houses