Regular readers (hello both of you) will know that I am always on the lookout for suitable commanders to augment my armies.  This time my attention turned to Naismith whose figures match nicely heightwise with PP.

Naismith horses are a little 'esoteric' so they were ditched and replacement PP horses sourced. All these figures come from just two packs - the Montrose character pack (EC14 Montrose, Leslie and Dundee), and the EC06 mounted Scots officer pack.

Those tempted to purchase from Naismith should check the status of the company on internet forums, as service can be sporadic at times. As of 03/01/2021 the Naismith-Roundway website has gone, and the domain is available to purchase. I fear that these ranges may now have disappeared.

First up Montrose and the Royal standard. Montrose is accompanied by a PP Parliamentarian ensign. Flag as always from Maverick Models. 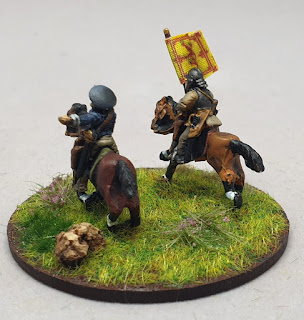 John Scrymgeour, Earl of Dundee is also from the same pack. A third figure was rejected as the hair looked much later than the 1640s, looking more like a wig. Originally painted with pure black armour the figure just didn't work. So he was prised from his horse, his paint stripped and he became a guinea pig for my new russeted armour paint recipe (foundry bronze barrel 103A with an Agrax Earthshade wash before the whole figure washed again with Nuln Oil). Looks much better, but not totally happy with the figure. 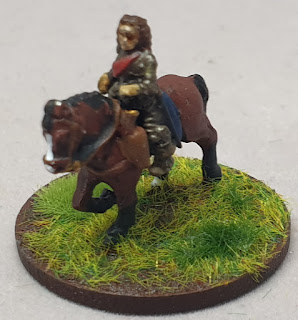 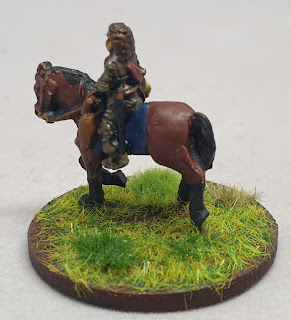 Alasdair MacColla is a straight out of the bag 'mounted Scots officer'. This figure might be rechristened if I can find a suitable replacement - MacColla is usually portrayed as a wild Highland 'giant of a man'. Again painted with pure black armour, which worked a bit better than it did with Dundee - I tweaked it with a gloss varnish on the armour. Better, but I'm still not 100% taken with it. I think it might be that the sculpt doesn't suit my painting style as the detail is quite shallow. 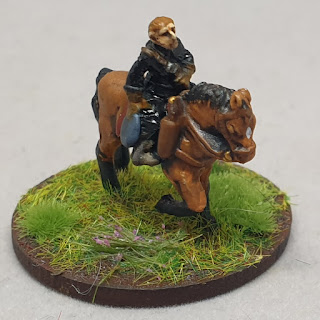 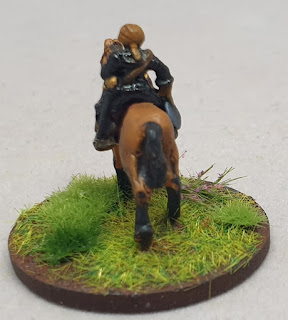 Next up is George Gordon, Marquis of Huntly. He has had his blew bonnet removed from his hand,  and has had a headswap. 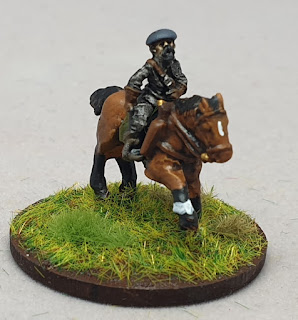 Just the one addition to the Covenanters Sergeant Major General of Foot, Sir James Lumsden. Another headswap. 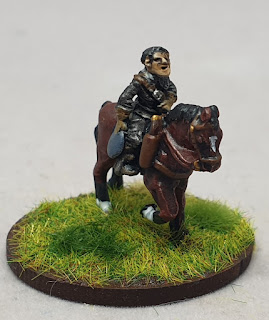 If you enjoyed reading this, or any of the other posts, please consider supporting the blog.
Thanks.
Army of Montrose Command Covenanters figures headswaps Naismith Peter Pig