The big ticket item for Civil War aficionados in Northamptonshire has to be Naseby, and its impact upon Market Harborough and Daventry.

The fictional Arnescliffe* also lies within the County.

So what else is there of interest in Northamptonshire?

The town of Northampton was for Parliament: the castle was garrisoned, and the town's shoemakers diligently produced shoes and boots for Parliament's armies.

So what's there now?
In an act of peace and reconciliation Charles II had the entire town sleighted for its support against his father. What little of the town that survived was swept away by a fire that ravaged the town in 1670. So you'd imagine that there is nothing to see in Northampton whatsoever... you'd be wrong.

What remained of Northampton Castle was completely flattened by the Victorians to make way for the railway. A single postern gate is all that remains, relocated and rebuilt into the walls to the east of Northampton station. Recent archaeological surveys have found remains of the castle in the station car park.

Hazelrigg House is a tudor house that managed to survive Charles II, the great fire, and the coming of the railways. Reputed to be where Cromwell slept on the eve of Naseby, there is absolutely no evidence for this whatsoever. It is a very nice building though, and is now home to a community theatre group, who hope to open the building to visits from the general public in the near future. 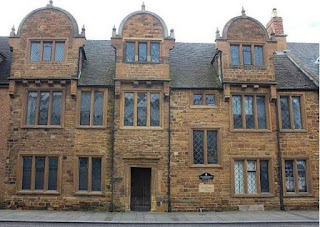 Northampton Museum has a small display about Northampton during the Civil wars, including artefacts relating to Naseby, most notably the Sibbertoft Hoard 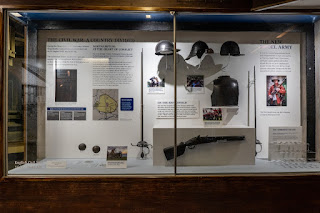 The Sibbertoft Hoard of 44 coins was discovered on the Royalist side of the Naseby battlefield. The coins were found scattered through the soil and it is thought that they may have either been buried by a soldier before going into battle or trampled into the ground during the pillaging of the baggage train after the battle.
Barnwell Castle, south of Oundle, was used as a Royalist arsenal by its owner Edward Montagu (not that one - Manchester, nor that one - Sandwich, but this one - 1st Baron Boughton). The Castle ruins are part of a private property and can not be visited. 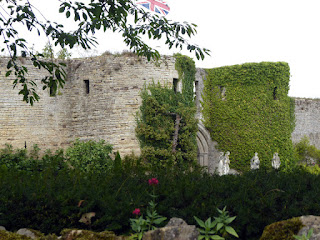 Holdenby House
One of Tudor England's grand palaces, the House would become Charles's prison from February 1647 until June of the same year. The majority of the House was demolished not long after the cessation of the Wars, only two arches and the kitchen wing remain of the original building; incorporated into a series of new build extensions. The House has very limited opening times (a handful of Bank Holidays a year), the gardens and falconry centre are open weekends during the late spring and summer months 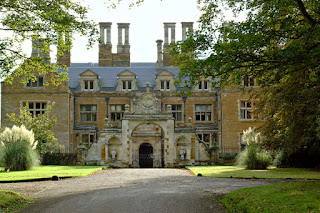