- 20 January
As 2020 is the year in which the 375th anniversary of the Battle of Naseby is celebrated, it is fair to assume that there might be a few Naseby 375 ECW Travelogue entries... the first visits Daventry, an unassuming market town in Northamptonshire. Keep an eye on the Sealed Knot's event list as I have an inkling they might be organising something special.

Can't say I have ever been to Daventry before... 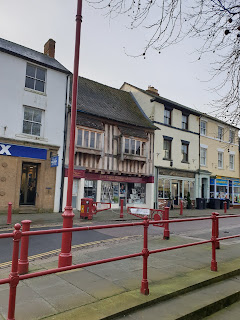 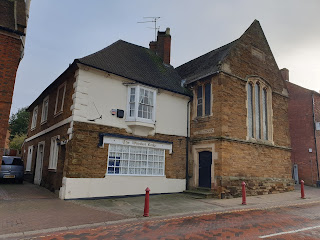 The Old Grammar School, with a 1600 date stone, located next to Daventry Museum
Daventry Museum is currently hosting a temporary exhibition "Commemorating the Battle of Naseby: 375 years. Daventry’s place in the Conflict", which is on until the 24th April. be warned, the museum has slightly esoteric opening hours (Tuesday - Friday mornings, first Saturday in the month).

In pride of place as you enter the exhibition room you'll see the ECW Battles Naseby model. 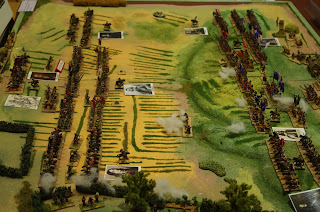 There are a number of items loaned from the Sealed Knot... 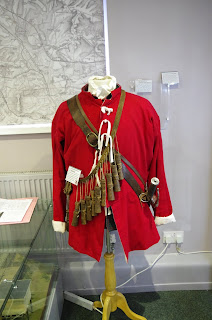 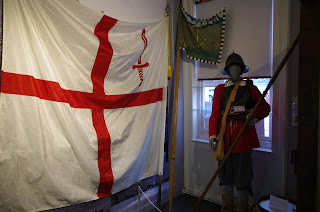 But most importantly there are a number of archaeological battlefield finds... 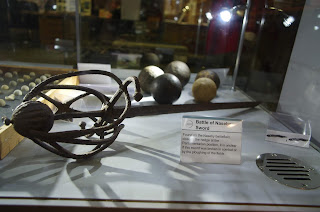 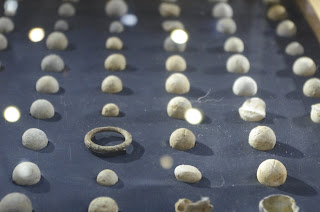 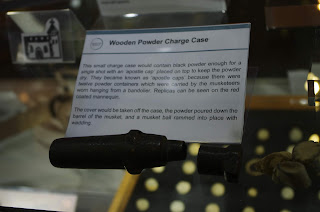 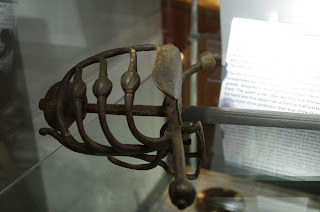 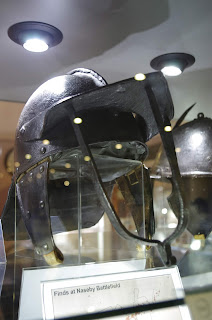 So what was Daventry's role in the Battle of Naseby?

The King's army camped here for six days prior to marching to Market Harborough and ultimately meeting Fairfax in battle at Naseby. 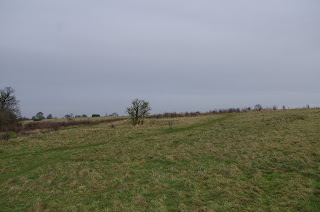 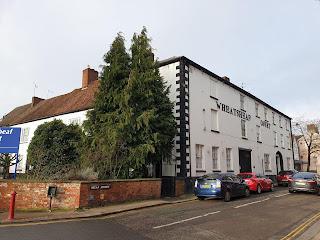 Charles stayed at the slightly more upmarket Wheatsheaf Inn (a 5 minute walk from the museum). According to legend, it was during his stay that Charles was twice visited by the ghost of his former adviser and friend, Thomas Wentworth, 1st Earl of Strafford, who advised him to keep heading north and warned him that he would not win through force of arms.

However, Parliament's newly formed New Model Army, led by Fairfax, was marching north from besieging Oxford after being instructed to engage the King. Fairfax's NMA horse clashed with Royalist outposts near Daventry on the 12th  June. The Royalists marched to meet their reinforcements at Newark but, after reaching Market Harborough, turned to engage the NMA at Naseby.

Sadly no liquid refreshment can be taken at the Wheatsheaf as it is now a nursing home.