- 23 May
Yet another of my eye candy posts, consider it task avoidance - I'd rather post pretty pictures on the blog than plaster a wall in the kitchen.

Here are the first six regiments of foot, repressed common men press ganged into fighting for an unjust monarch. 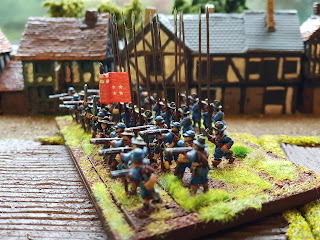 Probably formed from troops released by the Cessation in Ireland; notable engagements were Second Newbury, Cheriton and Cropredy Bridge. 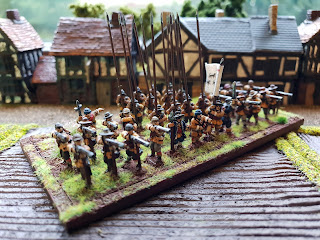 Raised as part of the Earl of Derby’s forces in Lancashire, they then served with the Oxford Army. Notable engagements include the siege of Manchester, Edgehill, and First Newbury. 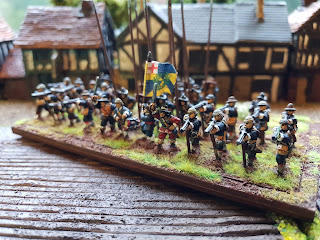 Raised in Northumberland in 1643, then served with the Oxford Army. The regiment was later reformed into two regiments: Pinchbeck's and Lord Percy's. Took part in the first Battle of Newbury where Pinchbeck was killed. Sir Henry Bard taking over as Colonel in early 1644. Fought at Cheriton (where Bard lost an arm), Cropredy Bridge, Lostwithiel, Second Newbury, and Naseby. 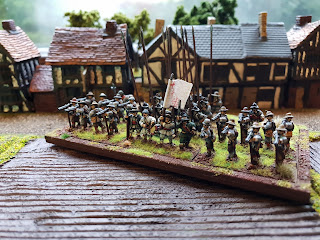 Lord Percy's Regiment
Formed as part of the split of Bard's regiment, the regiment fought at Cropredy Bridge, Lostwithiel (where Percy was dismissed as Colonel). Colonel William Murray took over command and the regiment went on to fight at Second Newbury and Naseby. 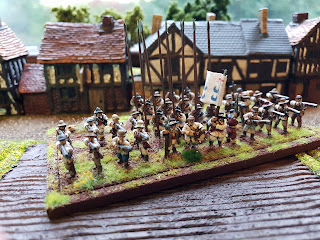 Raised from the Yorkshire Trained bands in 1642. They fought at Battle of Edgehill, possibly the First Battle of Newbury, Cropredy Bridge, Lostwithiel, Second Newbury and Naseby. 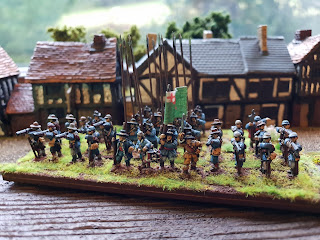