- 03 June
Since I visited both Naseby and Marston Moor it was only a matter of time before I went for the hat-trick and visited Edgehill:  but it is a bit of a trek from deepest darkest Derbyshire. A weekend in London gave me the opportunity to have a detour and a break from driving on the way home.

Sadly there is precious little to see as most of the site is occupied by an MoD site and as such is closed to public access.

However, good views of the battlefield can be had from the ridgeline above. The best starting place is The Castle at Edgehill pub, where there is a Battlefield's Trust information board located in the beer garden. 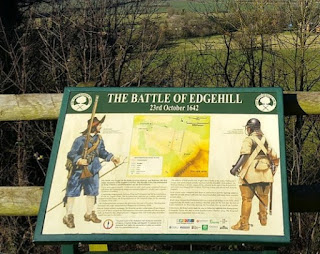 The battlefield has it's own website which has a good precis of the events of the battle, not the easiest of sites to navigate - the 'visiting' page is particularly useful as you will find direct downloads to a number of walks around the battlefield, including the Battlefields' Trust leaflet and walk.

There have been a number of recorded ghost sightings of armies fighting, so much so that a Royal Commission investigated in 1643 and the commissioners confirmed seeing two armies battling in the sky. A number of  civilian workers at the MoD site also reported sightings in the '40s and '50s too. Sightings have decreased but the sounds of battle are still reported. As a result of the Royal Commission’s investigation, the Public Record Office officially recognises the Edgehill ghosts; they are the only ghosts in Britain to have this distinction. So, maybe it is best that most of the site isn't accessible.

There is a small, permanent exhibition at St Peter's church in Radway. St Peter's is still a 'working' church so please be respectful when visiting. Parking is a little tricky. 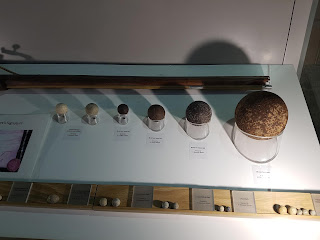 There is also the 'Kingsmill effigy' located in the church , at the base of the tower. It was erected to the memory of the Royalist Captain Kingsmill, who fell in the battle, by his grief stricken mother. 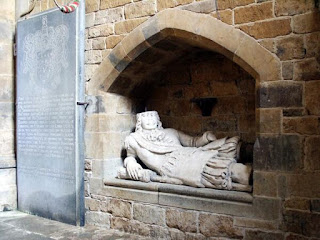 The memorial to the battle is a 'blink and you'll miss it' affair, sandwiched between two rail crossings into the MoD ammunition dump, there is a small layby next to it. There is another memorial located on the MoD site, which is inaccessible to the general public except at the annual wreath laying ceremony, on the anniversary of the battle. 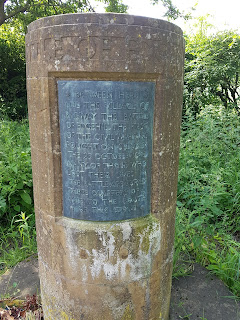