- 26 July
A trip down to 'that there London', inevitably led to a slight detour via Cambridgeshire for the ECW Travelogue. First stop The Cromwell Museum which claims to be the "home to the best collection of items relating to the life and times of Oliver Cromwell on public display anywhere in the world". Sounds like fighting talk to me. Best to check that claim out... 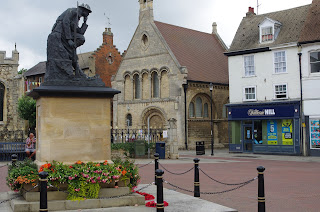 The museum is located in the former Huntingdon Grammar School building, a school attended by Oliver himself. The building itself has a fascinating history, starting it's life as a medieval hospital.

So what's there to see, and can it back up it's claim?

If you are looking for interactive displays, a coffee shop, and acres of space then perhaps this isn't the museum for you. The building itself is quite small, the collection it houses could quite comfortably fill a museum two or three times it's size. 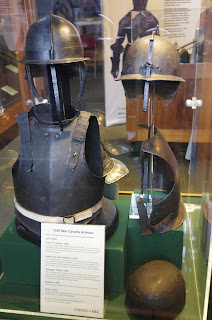 There are a number of items of arms and armour on permanent display. 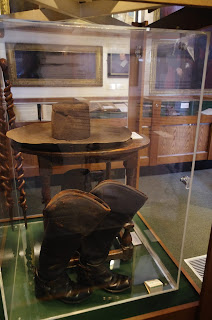 The great man's hat and boots 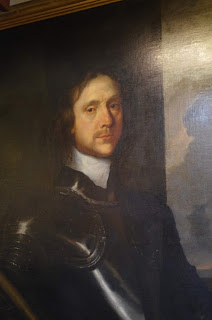 Oliver, himself. There are masses of portraits in the museum 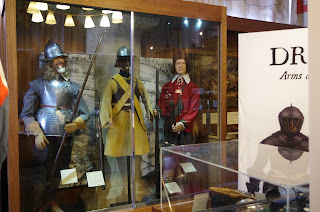 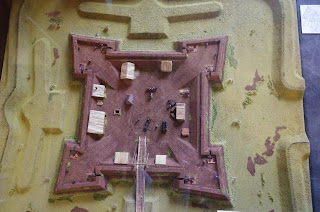 A model of the bulwark at Earith. A civil war era sconce. Still very well preserved, there is no public access to the bulwark itself, but there is a public bridleway which goes very close to one corner of the structure. Best viewed from above to be honest. Parking available on the A1123 at Earith Bridge.

So, can it back up it's claim? I think it can and does.

Update: the museum has just reopened after a four month renovation. I've not revisited yet, but it looks much smarter!

Whilst in Huntingdon pop for a pint in The Falcon Inn (opposite the museum, other side of the war memorial). Where Cromwell recruited for his first troop of cavalry in 1642.

Postcodes for SatNavs
The Cromwell Museum PE29 3LF
St Germain Street parking PE29 3FG
Earith Bridge parking PE28 3PR
If you enjoyed reading this, or any of the other posts, please consider supporting the blog.
Thanks.
Cromwell ECW Travelogue Museums