When we think of the British Civil Wars we think of everyone belonging to one of the warring camps - there was another group of people who wanted no part in the war, wanting instead to live a peaceful life. When the war visited them, or more precisely soldiers foraging or looting, they rose up and banded together to protect their homes and property.

Clubmen risings took place in Shropshire, Worcester, and most notably in Dorsetshire. In Bradford citizens rose up and sided with Fairfax, at Adwalton Moor, in defence of their home. The most significant clubmen rising was in Dorsetshire: for a fuller history of the Dorsetshire clubmen might I suggest the following article at Fontmell Magna village, and of course the Clubmen 1645 website and blog.

My clubmen are, naturally, from Peter Pig. However to represent a large rabble of people with just three poses has meant quite a number of headswaps. Must say I am a little disappointed that Peter Pig (a Dorsetshire company no less!) only makes one pack of clubmen - you'd think with the local connection they'd represent the clubmen with several hundred unique figures at the very least 😉 . 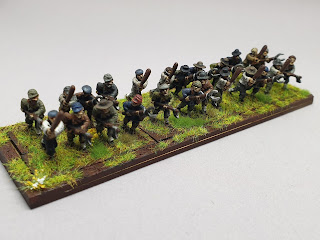 I've based my clubmen in groups of twenty four, on six strips of four figures. Warbases provided custom casualty markers - "Repel all plunderers!" I've used the generic dead ECW figure to represent a dead clubman, I painted the powder flask the same colour as their jackets to try and differentiate their civilian status. 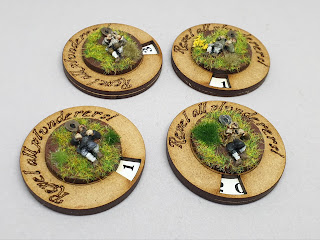 Whilst reading about the clubmen I learnt that they faced Cromwell and the New Model Army at Hambledon Hill, where they carried banners and marched to the sound of drums. So obviously I needed to produce some command stands. 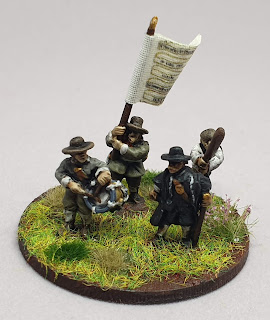 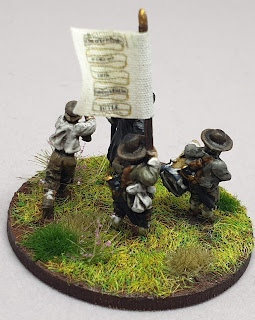 At Hambledon a considerable number of members of the clergy were captured, so my command stands have a preacher, a drummer, a standard bearer and a random bloke from the spares box. Stuart at Maverick produced the flags - the words are accurate, and we know that the flags were white; however I took the liberty of picking scroll designs from known Civil War cavalry cornets.

I liked researching the clubmen, and was looking forward to representing them, but they were a real struggle to produce. I only started feeling happy with them once they were based together. I actually think they've come out alright in the end, and look suitably random and rabble like.

These are the first of the five groups of clubmen. The remaining units will appear here when I get around to doing a gajillion headswaps. 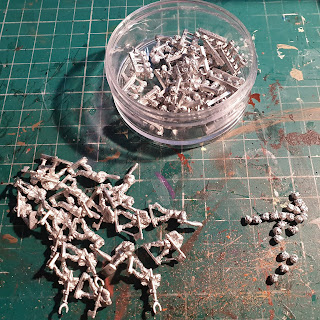 Channeling  my inner King Théoden "so it begins" 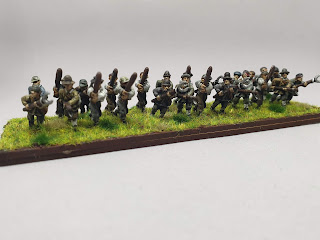 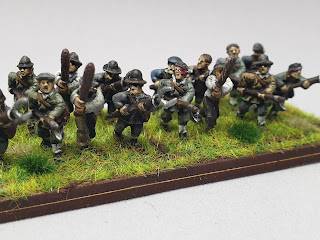 Second unit completed - lots of headswaps in this one 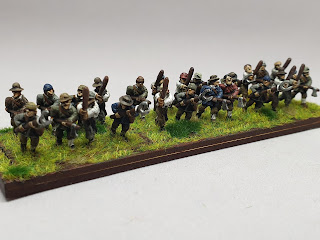 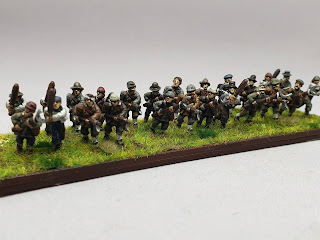 And the fourth, just one more to go.. 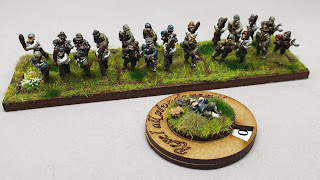 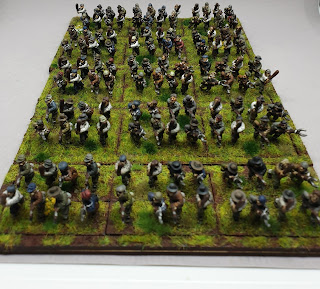 All five units. Pretty pleased, they look suitably unique and rabble like despite being made up of just three figures. 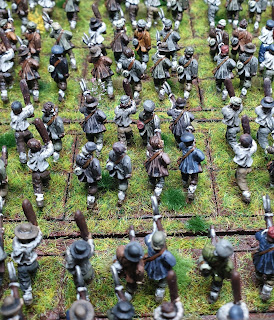