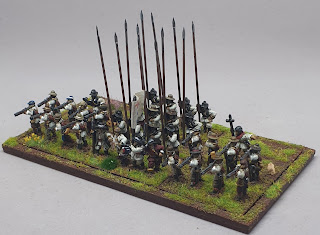 They fought at the Siege of Gloucester, First Newbury, occupied Newport Pagnell (oviously attracted to the good motorway connections), believed to have been at Cheriton, Cropredy Bridge, and Lostwithiel. At Lostwithiel Percy was dismissed from service*, Colonel William Murray taking over the command. 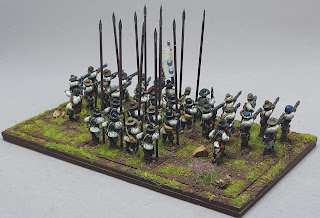 Under Murray they fought at Second Newbury, Leicester and Naseby where the Regiment was almost entirely captured.


* Percy was dismissed from service as it was alleged that he was complicit with Lord Henry Wilmot's secret attempts to negotiate a peace treaty with the Earl of Essex.
If you enjoyed reading this, or any of the other posts, please consider supporting the blog.
Thanks.