- 11 November
Regular readers (hello both of you), will hopefully already be familiar with my posts on The National Army Museum, The Museum of London and The Wallace Collection. This post will look at what, Civil War wise, is on display at The British Museum and the V&A.

The British Museum is one of the world's great treasue houses, for those of us with an interest in the Civil War make for Gallery 46. Easy to spot, you'll pretty much have it to yourself as everyone else will be swarming around the mummies and the Sutton Hoo displays. 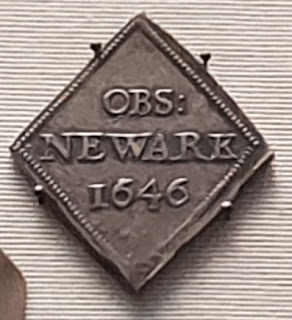 The highlight, for myself at least, are the examples of siege coins and tokens. 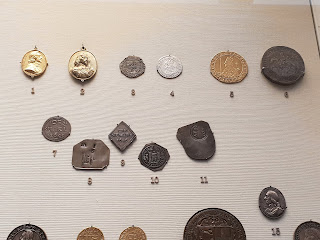 There are some nice terracotta busts of Charles and Cromwell. 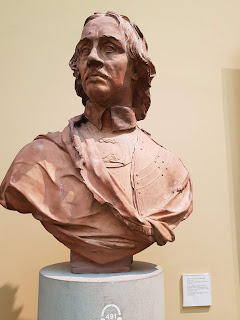 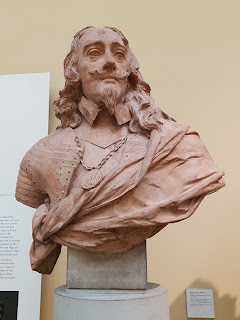 Most of the gallery is devoted to crockery and glassware from the period, particularly striking is a commemorative plate of General Monck. 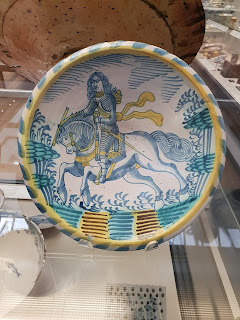 There is also the obligatory death mask of Oliver Cromwell: their mask is bright red, whereas all the other masks I've seen have been wax brown. It is believed that this mask is the (or at least one of the first) original. There are many death masks on display up and down the country: if it has visible warts then it is a Victorian copy - Cromwell's warts were not visible on the original masks, the Victorians felt that the death mask didn't look right without warts so decided to add them.

The V&A has a tiny display consisting of a display cabinet containing a buffcoat, a set of pikeman's armour and a beautifully embroidered officer's sash. 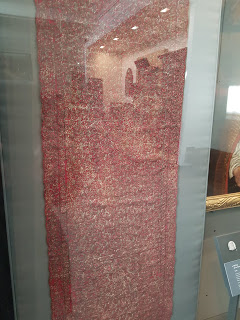 
Plaque commemorating the raising of the Royal Standard,  corner of Standard Hill/King Charles Street
Nottingham Castle was the site of a number of smaller actions during the First Civil War, eventually falling into Parliamentarian hands. One time prison to Sir Marmaduke Langdal…
Read more