- 11 November
The Tower of London is a visitor site of world significance; one time royal palace, treasury, prison, royal mint, barracks, arsenal, it is now a place for small people to run riot whilst their parents are engrossed with updating their status on social media. 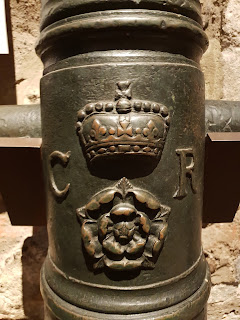 Detail from a Royalist cannon.

From a Civil War perspective, the Royal Armouries collection in the White Tower is the big ticket item. 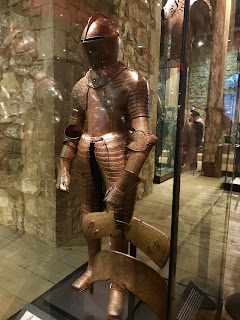 The stand out artefact is Charles I's gilded suit of armour. 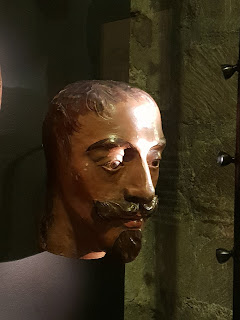 Charles's 'head' from the Line of Kings 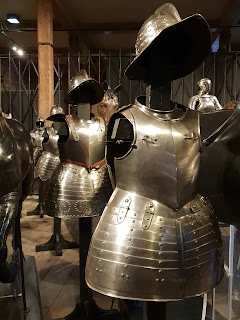 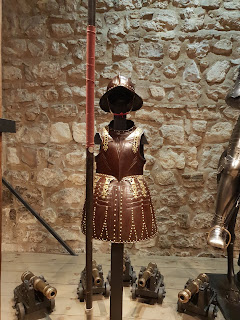 There are a number of sets of pikeman's armour on display. The small cannons in the second picture were fully functioning toys(!) belonging to Charles II when he was a boy. 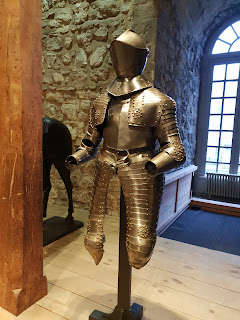 There are a number of suits of cuirassier armour on display too.

Higher up in the White Tower are a pair of Royalist gun barrels, and a secret (an item I haven't seen on display anywhere else). 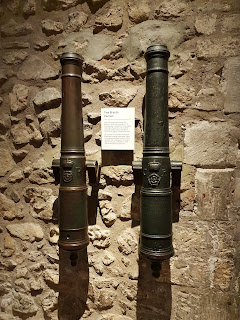 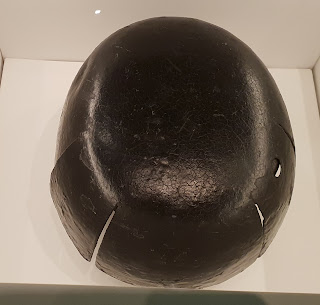 There is also a civil war cuirass used to test the impact of cannon balls. 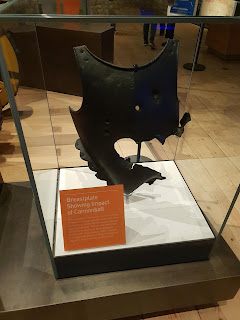 Elsewhere in the Tower is a display about the Tower's role as a Royal Mint. 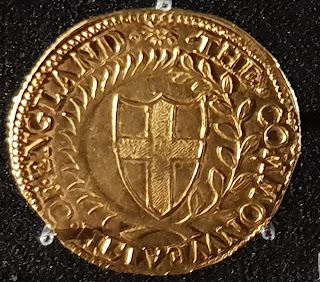 At the time of my visit there was an art installation in the moat: 10,000 flaming torches, lit by hand over the space of two hours. 'Deepening of the Shadow' commemorated the 100th anniversary of the end of the Great War.

Lots more for the London Civil War tourist can be found here.
Postcodes for SatNavs/mapping Apps, and Tube StationTower of London, EC3N 4AB, Tower Hill
If you enjoyed reading this, or any of the other posts, please consider supporting the blog.
Thanks.