- 08 April
The spotlight falls on another regiment that got just the briefest of mentions back in the midst of time when the blog was starting out.

A regiment of foot from the time of the Commonwealth, so a bit of an oddity when you look at the rest of my units.

This Colonel Charles Fairfax is not to be confused with Black Tom's brother, Charles, who was killed at Marston Moor. This Charles was Tom's uncle, and was the younger brother of Ferdinando Fairfax.

Charles is possibly more notable for writing and researching 'Analecta Fairfaxiana', a genealogy of the Fairfax family and all their offshoots. The document is now held at Leeds University library.

Prior to Marston Moor Parliament's general staff held a planning meeting at Charles's house, the table at which they met survives and is now at Farnley Hall near Leeds*. 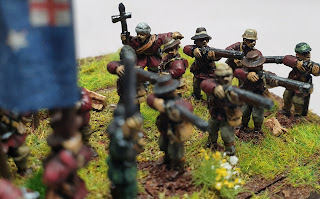 Raised in Yorkshire in 1648 they participated in the Preston campaign. After Preston they besieged Pontefract Castle, eventually the castle fell in March 1649. 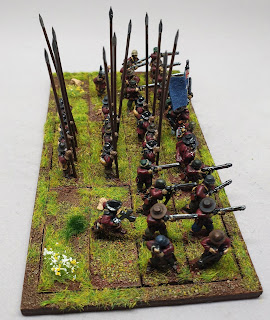 In 1650 they marched to Scotland with Cromwell, possibly fighting at Dunbar, before returning to England to fight at Worcester in 1651. 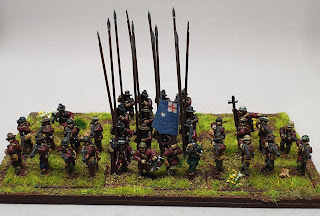 After Worcester the regiment returned to Scotland, taking up garrison duties in a number of towns before returning to England with Monck in 1660, being disbanded in October of that year.

Painted by Alan Tuckey, based by me. 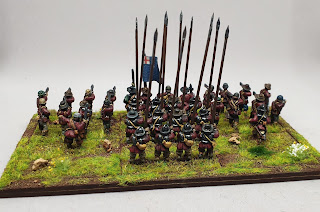 * Farnley Hall has now been added to the 'must visit' list of the ECW Travelogue for when the Great Contagion has passed, and we can all travel again.
If you enjoyed reading this, or any of the other posts, please consider supporting the blog.
Thanks.