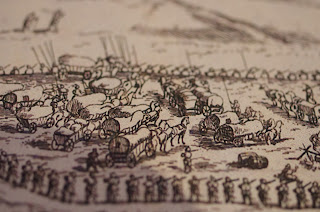 Thanks to Streeter it is 'the law' that every ECW army must have a baggage train. Well it is at Château Keepyourpowderdry at least. 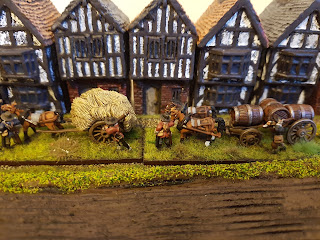 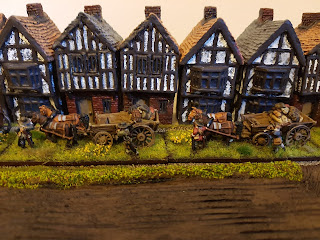 Museum Miniatures make a comprehensive range of wagons and carts, so they were my first port of call. As with their limbers their drovers are nearer 20mm and tower over my Peter Pig figures, so they were discarded and replaced by Peter Pig dragoon horseholders. I also bought a pack of marching musketeers to randomly place next to my carts and wagons to give even more of an eye-candy, diorama appeal to them. 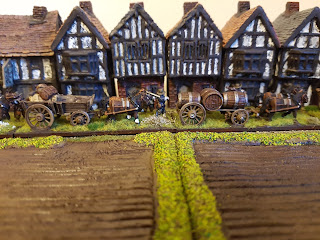 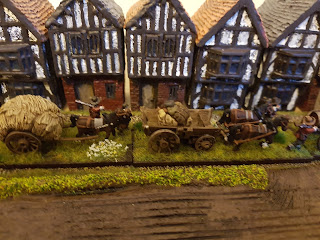 Completely unnecessary, but you have to admit they do add a little extra something to the battlefield (and on occasion a useful scenario goal).

I have duplicated baggage trains so each side has a hay cart, water wagon and two baggage wagons. I decided not to put visible identifiers on the figures, so whilst there is a Parliamentarian and a Royalist train, if needed I can have one mega train.
figures Museum Miniatures Parliamentarian Peter Pig Royalist Warbases