- 25 January
Located near the Barbican, visitors to London probably overlook this museum in favour of the larger national museums. 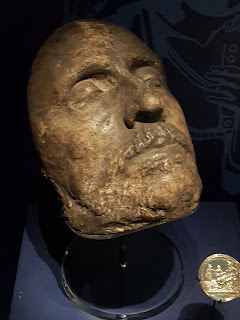 There is much to see in this museum which charts the history of London from prehistoric times  (when hippos bathed in the Thames), through to modern times when dinosaur sized fatbergs block the sewers. What is of interest to those interested in the Civil Wars is their small 'War, Plague and Fire' gallery. 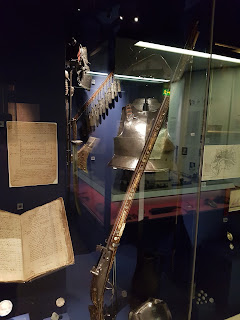 On display is a small selection of arms and armour, plus Cromwell's death mask. Also displayed are general artefacts from the period, with a particular emphasis on the Great Fire.

Update: Museum of London has a new star attraction, which is proving very popular - a chunk of the enormous fatberg that was blocking one of London's sewers.