- 15 January
Every battlefield will have villagers, probably running away very quickly. My ECW villages are populated from a number of sources.

First off the offerings from Peter Pig; there's a trio of useful packs - scarecrows and  villagers, sprinkles, and clubmen 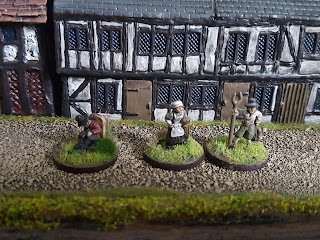 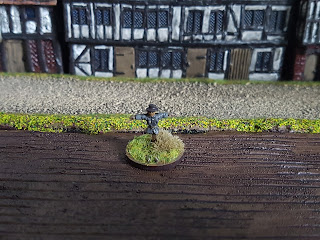 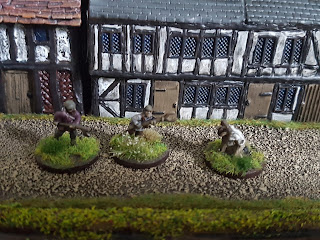 Matchlock Miniatures have an impressive range for the ECW, their figures have quite a bit more meat on them than the Peter Pig figures, and from time to time have sporadic availability. They have a really good selection of  'characters'. I have chosen their Witchfinder, ratcatcher and surgeon packs. 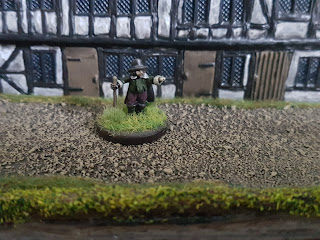 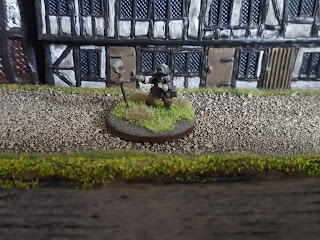 Every so often fleabay throws up a gem. Here's a little vignette of Matchlock's regimental agitator, musketeer with chicken, and musketeer with pipe. All I've done is rebase them. The unknown cart is particularly nice. 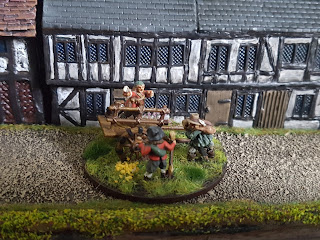 Freikorps 15 (yes still available) from TSS have a useful camp followers pack which match Peter Pig figures really well. Update: I have tried to add some generals to my armies and plumped for the Freikorps generals packs - sadly they are very different in size to the camp followers, one of the mounted generals clocked up 22mm from foot to top of head. the foot figure was a little better at nearly 20mm. So both packs went in the recycling pile. Caveat emptor! 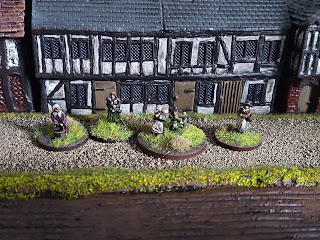