- 16 January
Whilst 'upgrading' some of the pictures of figures, I realised that I hadn't actually pictured my Covenanter regiments of foot properly. So here they are:


Master of Yester's Regiment
The regiment was originally raised, and disbanded in 1639. Raised again in 1643, taking part in the siege of York and Marston Moor. Disbanded (again) in 1647, only to be raised (yet again)in 1648. Took part in the Preston campaign eventually surrendering to the New Model Army at Warrington. 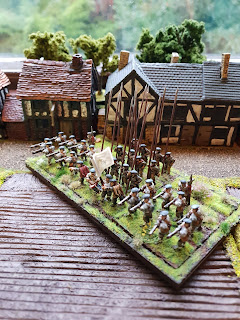 Earl of Crawford-Lindsay's Regiment
Raised in Fife in 1643, the regiment went on to the siege of York and Marston Moor. Joined John Baillie's army in 1645, eventually being destroyed at the Battle of Kilsyth. Raised again for the third civil war in 1650. 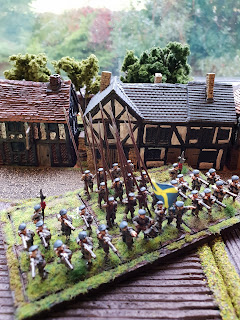 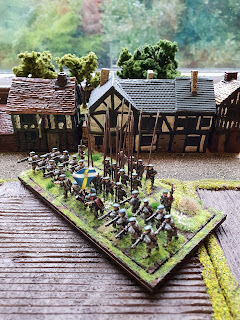