- 29 February
Another straight out of the packet Royalist Regiment of Horse.

Sir John Boys's Troop was an independent Troop of Horse that was raised to garrison Donnington Castle (the Newbury Donnington, not the East Midlands Donnington, home of the airport, racetrack and venue of the late Derby Worlds). 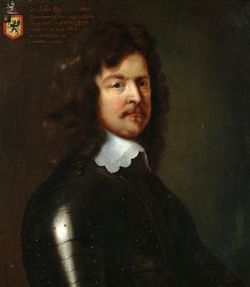 Raised in 1644, they lasted until the fall of Donnington Castle in 1646; so as you can imagine their battle honours pretty much consists of 'besieged at Donnington Castle', the only variation being Second Newbury. 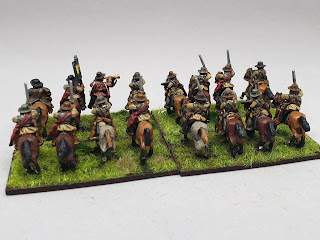 Sir John was the governor of Castle Donnington, and was also Lieutenant Colonel of Earl Rivers's Regiment of Foot. He survived the wars and three marriages before dying at home in 1664. He is buried at Holy Cross in Goodnestone-next-Wingham in Kent.