- 09 March
Here we have the first of a brace of Bagot's: in this case, a straight out of the packet no headswaps cavalry unit, with the sort of flag even I could paint free hand.

Richard Bagot was the Royalist governor of Lichfield and led his Regiment of Foot at Naseby, where he was mortally wounded. 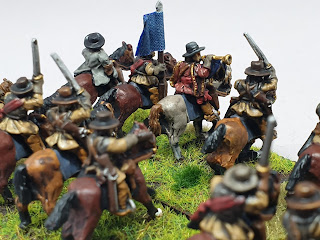 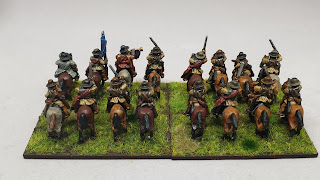