A small expansion for the Scots Covenanter Army. 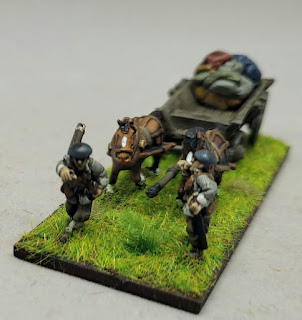 With the apparent demise of Naismith-Roundway I discovered a stock of Naismith limbers at Keep Wargaming (no relation); as they are my preferred light limbers, I snapped up the entire stock. This has already seen a small expansion of Parliament's train of artillery, and the Royalist train is prepped ready for some paint. 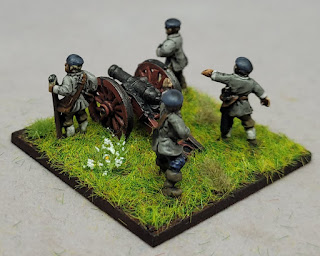 Time for the Army of the Solemn League to get some proper guns. They already have a number of frame guns in their train, this time they got themselves a minion and limber. Which is all rather historically inaccurate. Scotland's armies were lacking many things, but they had oodles of artillery pieces. It appears that a great number of Scots had earned themselves a living as artillerymen on the continent. One only has to think of Wemyss who was Parliament's master gunner.

So a Naismith limber, with a PP dragoon horseholder with a headswap. 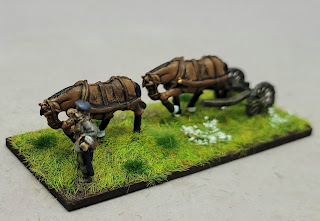 The gun and crew are all PP, the gun has utilised my new artillery paint recipe of Foundry blackened barrel for the ironwork, with the light shade of the triad for the wheel tyres. 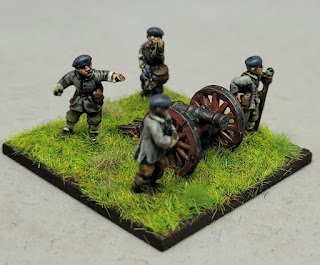 Next up some baggage. Again, I already have a few pack horses for the Solemn League: this time they get a Museum Miniatures wagon. Horseholder and marching musketeer both from PP, and both with headswaps. 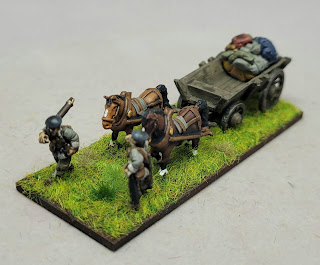 I think I might upgrade the baggage with some halberds (Donnington Miniatures) and maybe a drum (PP) at some point. 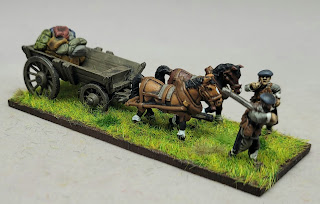 And here it is with the added drum and halberds. 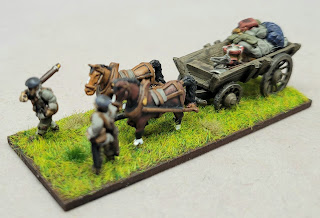 This expansion necessitated another casualty marker: for those of you new to the blog, each of my armies has dedicated casualty markers. Warbases custom casualty marker with a fitting motto around the edge: the Solemn League have "Couenant for Religion King and Kingdomes" emblazoned in chapbook italic font. 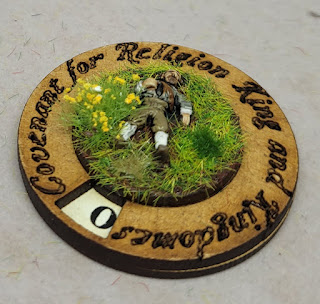 If you enjoyed reading this, or any of the other posts, please consider supporting the blog.
Thanks.
Covenanters Donnington figures Museum Miniatures Naismith Peter Pig Train of Artillery Warbases