The now mainly Scottish Army loyal to the Crown formed their lines along Red Bank (which is now the course of Hermitage Green Lane), the steep banks on either side giving an indication why the Scots chose this to boost their defences. Hamilton had taken most of the cavalry to defend the route into Warrington (a vital river crossing over the Mersey) but carried on the retreat into Delamere (ultimately sealing the fate of the bulk of their infantry and the Royalist cause). This would allow the main force to continue south out of Cromwell’s reach and unite with comrades raised in north Wales.
The Scots Royalist Army, now considerably depleted, that took a stand at Winwick consisted of mainly infantry and some small artillery pieces (frame guns).

Cromwell's forces (the New Model Army and the Northern Army) assaulted the Scots lines with superior numbers and forced the Scots backwards after 4 hours of bloody fighting.


The Scots were forced back to 'that little Greene place of ground short of Winwick Church and there they [the New Model Army] made a great slaughter of them' (Robinson, 1864). Those who made it to Warrington found no reinforcements. The surrender of the entire infantry force later that day effectively ended the invasion and decided the military outcome of the Second Civil War by rendering impossible any relief of the besieged royalist strongholds.

St Oswald's would be utilised after the Battle as a prison for the captured Scots. These prisoners would be force marched along a very circuitous route to Chester and awaiting ships which would take them to the New World and servile labour, or to Venice for service in galleys.


What's There Now?
Historic England describes the battlefield as "the only battlefield from the English Second Civil War which appears to survive in a good state of preservation", as the majority of the battlefield is still agricultural land with gently-sloping fields now under plough and pasture to either side of the A49.

Whilst the battlefield is well preserved there are few routes across the site to walk, those roads in the area are busy or have few available stopping points to view the battlefield.

St Oswald's was damaged by Cromwell's troops who would later be garrisoned in the building, and it was virtually rebuilt by the Victorians, with only a few remnants of the 13th Century original church remaining.


There are no memorials to the Battle, or the slain, present.

In Warrington itself is Warrington Museum and Art Gallery which has a number of artefacts from the Battle on display. 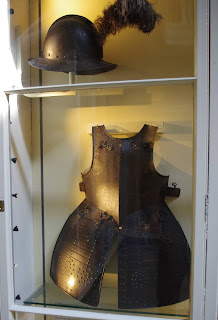 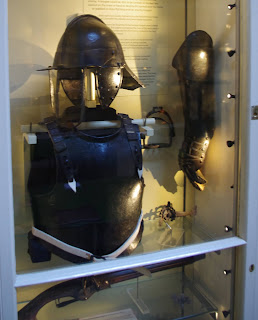